Always looking to stay on the pulse, Curcio Law is beginning a blog series on the Washington Metro. Much like Donald Trump, our public transport system has been dominating local news of late, from faulty cables, smoking carriages, a 26 hour shut down, and now an entire year long refurbishing plan. But do we Washingtonians truly appreciate our clunky, unreliable rail system? To celebrate the Metro’s 40th anniversary and its subsequent facelift, in this 5 Part Series we’re going to discuss the history, construction, upkeep, and major events in our young rail system’s life.

Though in its conception the Metro was a single project, it had to be built in phases. Before Metro could even break ground the engineers had to build a full scale mock-up station. This way, above ground and in a controlled environment, the lighting could be tested, acoustics garnered, and the engineers could hone their construction techniques and work through any “snafus”. 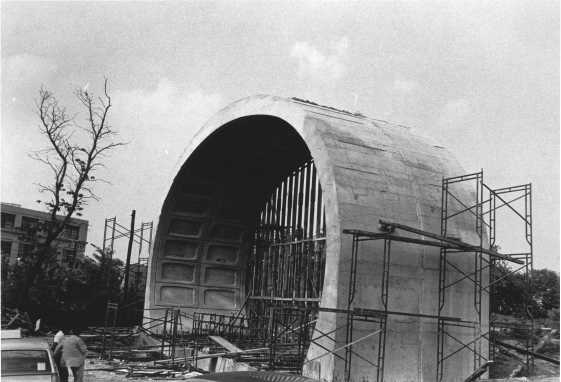 While the engineers worked through the logistics of building underground and creating these vaulted stations, Congress continued to delay the groundbreaking. The chairman of the House Subcommittee on the District of Columbia Appropriations, William Natcher, delayed the scheduled groundbreaking by a year to allow construction of the freeways. During this time many protests occurred, as people were angry that the Metro was being delayed for the freeways again. However, utilizing this extra time, the engineers created the phase map, scheduling construction over the course of 10 years. Each phase made sure to build at least one new station in D.C., VA, and MD so no one was left out.

Fast forward to December 1969, after a yearlong struggle between the highway and subway officials, Secretary of Transportation John A. Volpe, District Mayor Walter Washington, and Maryland Governor Marvin Mandel tossed the first spade of dirt at Judiciary Square. And thus, our Metro Rail was officially born.

Construction was slow going and difficult. To create underground stations and tunnels engineers chose a method called, cut-and-cover construction. This is a simple method of construction for shallow tunnels where a trench is mined and then covered over with an overhead support system. The support system must be strong enough to hold whatever load is above it. By using this technique, engineers were able to keep stations close to the surface, which saved on both time and money. However, the father north in the District construction went, the closer to the Blue Ridge Mountains it got, meaning that the earth underground gave way to piedmont rock. Because of this the big guns were called in, and rock tunnels were created using explosives and boring machines called “moles”. In order to construct the Yellow Line into Virginia, the tunnel was built above ground and floated to the Potomac River via the Chesapeake Bay. Once positioned, the tunnel was submerged into the Washington Channel.

Now, if the logistics and ability to build the Metro weren’t already difficult enough, human environment was the next trying factor. While there was overwhelming support for the public transit system, no one wanted it to truly affect their lives. Many people wrote letters to their governors, mayors, and congressmen and women, all supporting the Metro but, “Not in their backyards!” No one wanted to host the necessary parking lots or disturbances that come with building an entirely new transit system. Furthermore, shop owners and businesses, ecstatic for the metro to bring in tourists and more shoppers, despaired as construction tore up streets, blocked business entrances, and repelled customers. Then the engineers also had to navigate environmental concerns, vibration concerns, and preserve historic structures along the routes. But tackle these hardships they did and on March 27, 1976, the first portion of the system opened with 4.6 miles available on the Red Line with five stations from Rhode Island Avenue to Farragut North, all in the District of Columbia. Arlington County was linked to the system on July 1, 1977; Montgomery County, on February 6, 1978; Prince George’s County, on November 20, 1978; and Fairfax County and Alexandria on December 17, 1983. The 103-mile, 83-station system was completed with the opening of the Green Line segment to Branch Avenue on January 13, 2001. (The 10 year completion plan didn’t really work out…)

The metro is still evolving, changing, and growing, as we see with the current Silver Line’s construction efforts, but no system is perfect. Tune in next week for incidents and reception of the Metro!

Thanks to Wikipedia and https://chnm.gmu.edu/metro/index.html for the source information.

Justin Curcio received his J.D. from St. John’s University School of Law in 2015, where he was awarded an academic scholarship. During law school, he worked for the Nassau County District Attorney’s Office and the law firm of Bartlett, McDonough & Monaghan, LLP. Justin also spent a semester studying law at the University of Glasgow…