“Gotta catch them all!” is a pretty popular slogan from my youth, and many parents with millennial aged children will agree, because we all knew Pokémon. The Japanese franchise about little monsters with magical and elemental abilities followed us everywhere. We had to collect the cards, watch the television show about Ash Ketchum, and play all of the Nintendo games (Yellow and Ruby were the best!!). Well, this week all 90’s kid’s dreams just came true. As of July 7th in America, Pokémon has hit virtual reality.

Growing up, we all wanted Pokémon to be real. We had Pokémon plushies, and games became more and more realistic, but the monsters never became tangible. That’s all changing, and quickly. Niantic, Inc. has created a game compatible with Android and Apple technologies that brings Pokémon to life on your phone. Now, while you can’t snuggle the adorable monsters, the monsters are beginning to pop up in the area surrounding you.

Using a smart phone, the game allows you to create your avatar, a Pokémon trainer, and then asks to use your location. Unlike most games, the avatar will only move when the person playing moves, by walking around with their phone in hand. As such, this is the first Pokémon game that encourages exercise in order to “Catch them all”. Extremely addicting, this game will warn you when a Pokémon is near, and when one appears your phone’s front facing camera will activate and show you a picture of your surroundings with a superimposed Pokémon in the screen. The Pokémon can move around, and your job as a Pokémon trainer is to catch the monster by throwing a Pokéball at it (swiping up and aiming using your phone’s screen). Just like the games and television show, there are gyms you can join and battles you can wage, but this is the closest thing to “real” Pokémon without a Jurassic Park scenario. Furthermore, the game promotes activity, so the more you move the more perks you receive. It also encourages its users to visit monuments, libraries, and other landmarks in order to receive bonuses. 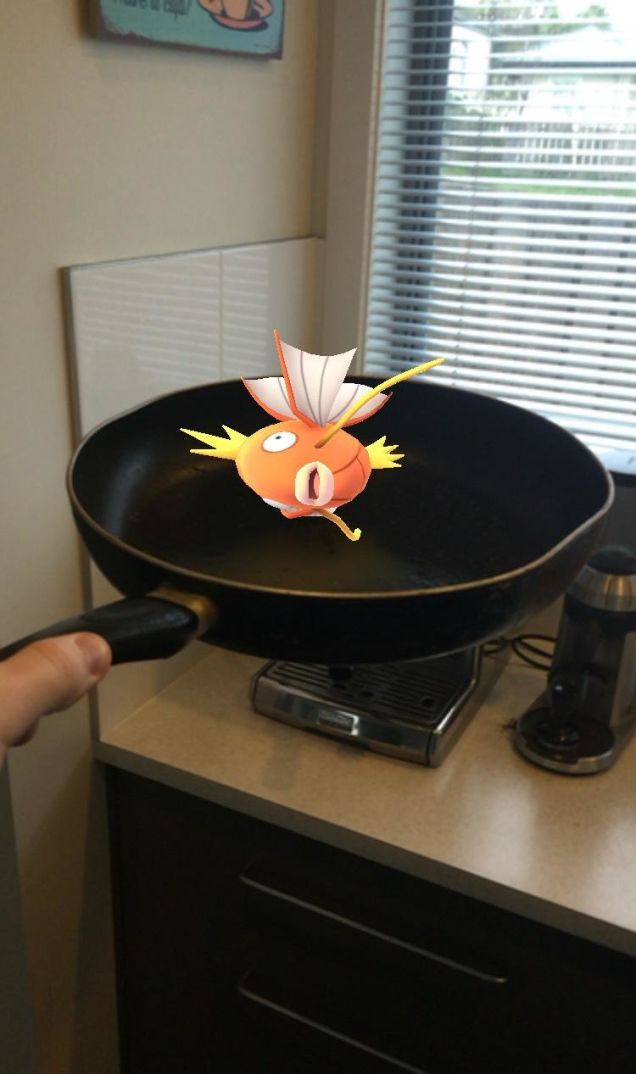 However, just like the cute Pokémon themselves, this game can be highly dangerous. First, the game promotes users to move around and explore all areas, even at night. The game can prompt the user to walk into someone’s yard or go out into new areas all while staring intently at their phones. Children playing this game may end up running off and getting lost, and anyone playing this game could find themselves in the middle of the street. As I’ve written many times before, distracted walking is just as dangerous as distracted driving, and this game has exponentially increased the amount of distracted walking; so much so that in Australia, their police department posted a public service announcement warning users to look up from their phones when walking. Not only are people walking distractedly, they are driving distractedly. At low speeds the game cannot differentiate between physical movement and mechanical movement, and even at high speeds, when the game recognizes you are not being physically active, the game allows you to still catch Pokémon even though you are not getting physical activity rewards.

Don’t be Team Rocket and go “Blasting off agaaaaaaaiiiin.”

Now, many applications on our phones distract us when driving, from text and email, to Snapchat and more, but this game is different and may be even more dangerous. While we do not condone using applications or phones while driving we want to put the ability of this application to distract others in perspective. With text and Snapchat, users look up or can pause what they are doing. Heck, the longest video a person can take on Snapchat is 10 seconds. Pokémon Go is continuous. It holds the user’s attention indefinitely, and more so when they are catching Pokémon. Unlike other applications, Pokémon Go has the ability to thoroughly distract users for longer periods of time. The game alerts users when Pokémon are nearby, even when the game is not open. It then tells you which direction you should move towards and point your phone. This action could lead drivers into a false sense of security because if they are looking up, through their phone camera, they are still looking at the road. WRONG. If you’re looking through your phone camera you are not looking at the road. If you’re looking for an imaginary Pokémon, you are not watching changing road conditions. This is the crux of distracted driving: your focus is on anything other than driving. It is the same when you’re driving while hungry and looking for a place to eat—you may be scanning the road but you’re not taking note of cars or pedestrians, you’re looking for golden arches. This is also true for Pokémon Go. You’re not watching the road, you’re looking for Pokémon. You’re not driving, you’re frantically holding up your phone with one hand, swiping up to throw a Pokéball with the other, and anchoring the steering wheel with your knees as you ignore your surroundings. 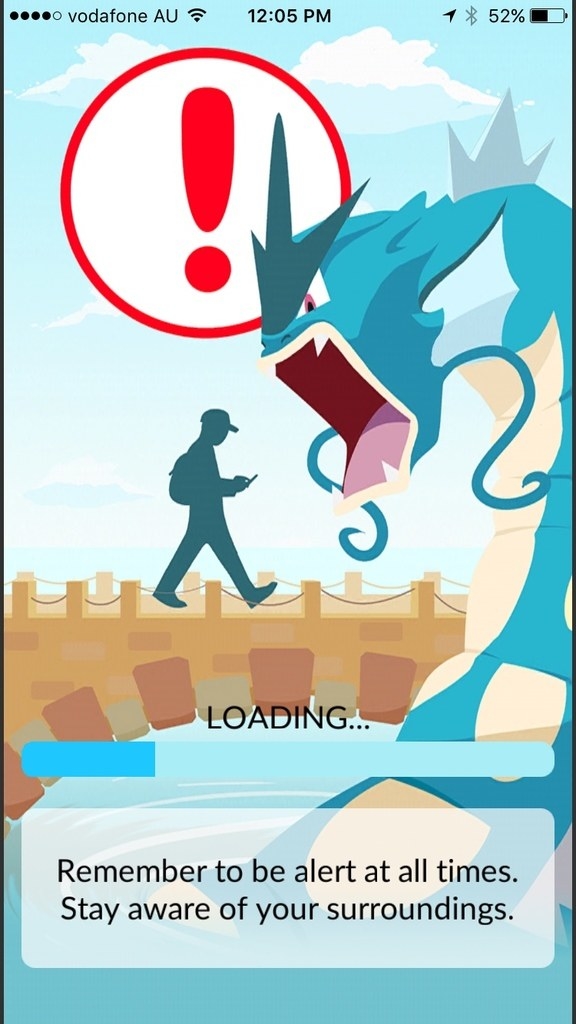 Don’t get me wrong, this game is so much fun. I was “researching” it today by running around my office catching Pokémon and gaining steps for the game (and my Fitbit), and was having a blast. However, the dangers are there, and children, young adults, adults, and parents need to educate themselves on these dangers and proactively work to stop them. We implore you, if you see a friend driving while playing or even walking while playing, stop them. This game is amazing, but not worth putting others’ lives at risk. If you wanna be the very best, that no one ever was, when you’re walking or driving, just look up and press pause.

No members of Curcio Law were harmed in the making of this blog post. 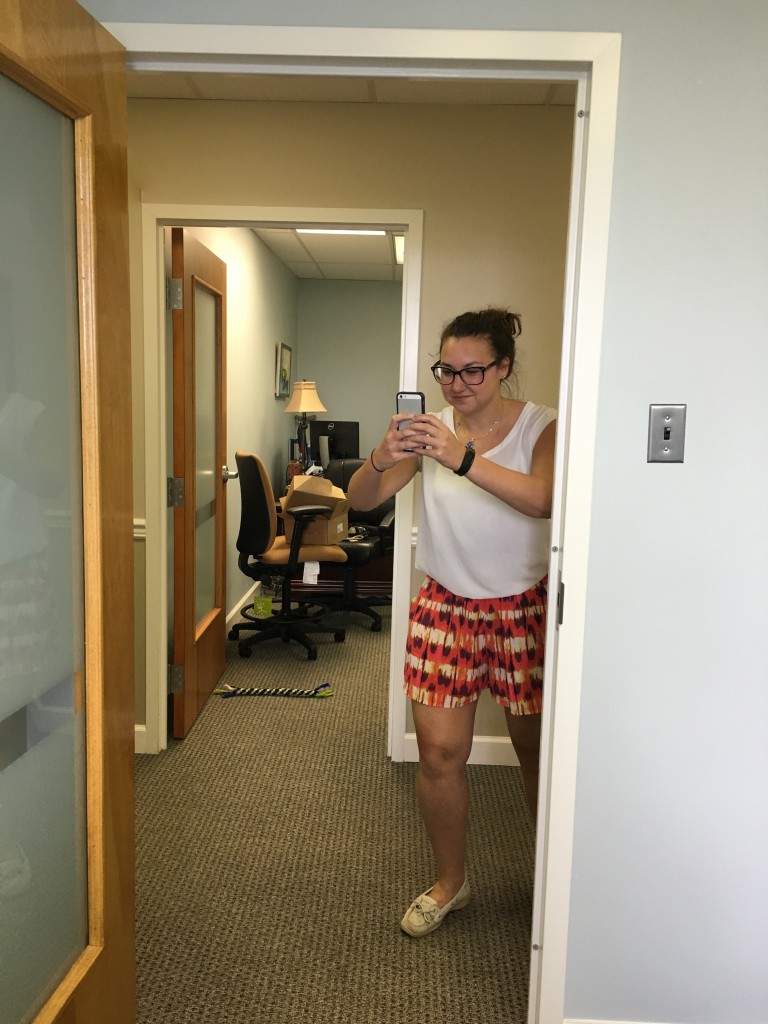