Salem Witch Trials: Would You Survive? 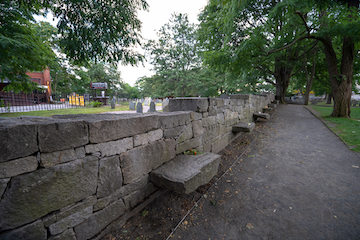 In 1641, the General Court of the Massachusetts Bay Colony proclaimed the following “If any man or woman be a witch, that is, hath or consulteth with a familiar spirit, they shall be put to death. Exod. 22. 188; Deut. 13. 6, 10; Deut. 17. 2, 6.” If you were found to be a witch in layman’s terms, you are immediately sentenced to death. However, being accused of witchcraft was not common until the Salem Witch Trials of 1692.

So, what did it take to be convicted of witchcraft in Salem, Massachusetts, during the Seventeenth Century? Well, if you were accused of being a witch and the Court hears the matter, you are already off to a bad start. The Court of Oyer and Terminer was created in 1692 to deal with the increase in witchcraft accusations. Unlike our modern legal system of innocent until proven guilty, you were presumed to be a witch, and your trial started from there.

Three kinds of evidence were commonly accepted by the Court: confessions, eyewitness testimony of witchcraft, or spectral evidence. The Court could grant individuals accused of witchcraft leniency if they confessed their sins and revealed other witches hiding in disguise in the colony. As you might think, this led to a snowball effect with an increase in the number of witchcraft accusations. People accused of witchcraft would confess and then accuse others of witchcraft to gain favor with the Court in an attempt to escape death.

But the Court was not too lenient if you were pardoned because you were fined the cost of room and board for your time spent locked up. In total, there were approximately twenty people sentenced to death during the Salem Witch Trials, along with two dogs who were also presumed to be possessed by the devil. Contrary to popular belief, no one was burned at the stake but instead hung.

What the heck were they thinking? Many scholars are leaning towards a combination of extreme puritan views and psychedelics… that’s right, psychedelics.

Psychologists and biologists hypothesize that the “witches” and the accusers’ abnormal behavior was caused by an ergot fungus, which contaminates wheat. Toxicologists say that eating ergot contaminated foods can lead to muscle spasms, vomiting, and hallucinations.

This type of fungus thrives in warm, damp climates—like Salem, Massachusetts. The theory is that Salem’s wheat supply in 1692 was contaminated by this ergot fungus, depending on how much is consumed and how often, can lead to delusional and irrational behavior. This also explains why the Salem Witch Trials only lasted during that 1692 harvest, where the last “witch” was put to death in 1693. In 1711, the Colony of Salem finally pardoned everyone executed for witchcraft and paid reparations to their heirs.

So be careful the next time you eat moldy bread!!!