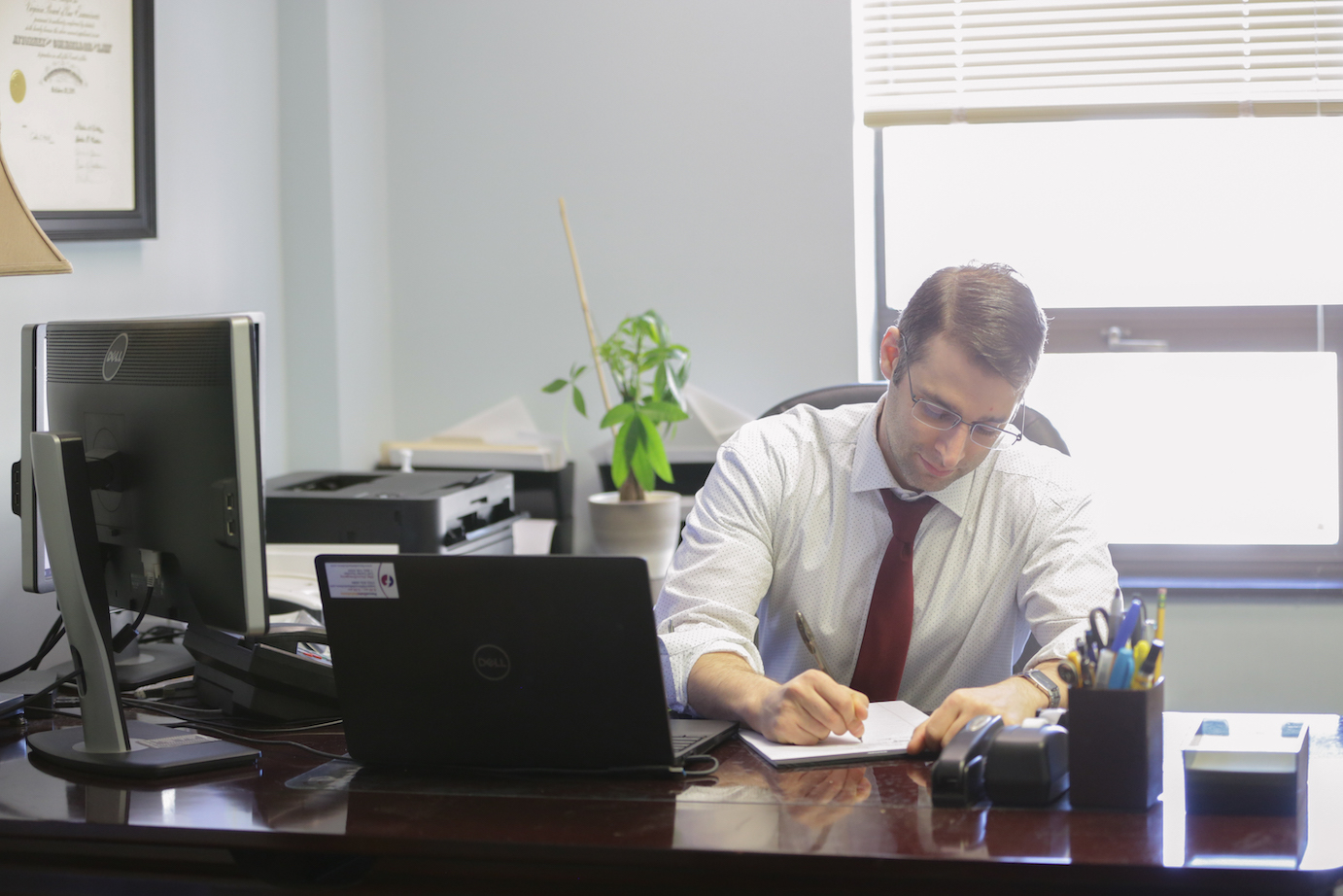 Justin Curcio received his J.D. from St. John’s University School of Law in 2015, where he was awarded an academic scholarship. During law school, he worked for the Nassau County District Attorney’s Office and the law firm of Bartlett, McDonough & Monaghan, LLP. Justin also spent a semester studying law at the University of Glasgow School of Law in Scotland, where he studied the origins of our American common law. Justin was also a member of the American Bankruptcy Institute Law Review and Moot Court Honor Society during his time in law school.

After passing the Virginia Bar in 2015, Justin was in-house counsel for an insurance defense firm (Allstate/Esurance/Encompass) for over four years before joining Curcio Law in January of 2020.

In 2010, Justin graduated with a bachelor’s degree in Environmental Science Policy and Law from Binghamton University. While in college, he was a member of Phi Kappa Psi, friends of the nature preserve and spent time volunteering with the Boys & Girls Club of America.