Zika has been prevalent in the news of late, from Olympians not wanting to participate in the Rio de Janeiro Summer Games, to new cases being discovered in the United States daily, it is a virus we won’t see disappear for a while. But what is Zika? How does it affect people? How is it transmitted? In a purely informative blog, we’re going to set the record straight on Zika and offer some tips that may help you stay Zika free.

Zika virus is a member of the virus family Flaviviridae and is related to dengue, yellow fever, Japanese encephalitis, and West Nile viruses. Its name comes from the Zika Forest of Uganda, where the virus was first isolated in 1947. Zika Virus is most dangerous for pregnant women or women looking to become pregnant. The infection itself often goes unnoticed as for many it causes no symptoms or only mild symptoms, similar to a very mild form of dengue fever. These symptoms may be fever, rash, joint pain, and conjunctivitis (red eyes). The symptoms can last several days to a week, and rarely send anyone to a hospital. One exception is a recent case in Puerto Rico where a 70 year old man died after initially recovering from Zika symptoms. He later developed an immune reaction to the virus and died from internal bleeding. While there is no specific treatment, acetaminophen and rest may help with the symptoms. At this moment, the illness cannot be prevented by medications or vaccines.

That doesn’t sound too bad, right? A cold in July, the office making fun of your pink eye, maybe a missed week at the gym. However, the reason Zika has garnered so much attention and is so dangerous is because of the affects it has on pregnant women and their fetuses. Currently the CDC has stated that they do not know how the virus will affect the mother or her pregnancy. They do not have concrete information on how likely it is to pass to her fetus. They do not know how likely an infected fetus will develop birth defects how likely the virus will cause harm to the fetus. And they do not know when in pregnancy the virus may cause harm to the fetus. That’s a lot of “don’t knows” from the agency created to keep us informed on diseases.

Currently the CDC is looking into the possibility of the Zika Virus causing microcephaly and other birth defects. Microcephaly is a condition where a baby’s head is much smaller than expected. During pregnancy, a baby’s head grows because the baby’s brain grows. Microcephaly can occur because a baby’s brain has not developed properly during pregnancy or has stopped growing after birth, which results in a smaller head size. Microcephaly can be an isolated condition, meaning that it can occur with no other major birth defects, or it can occur in combination with other major birth defects. Microcephaly has been linked with seizures, development delay, problems with balance, feeding problems, and vision and hearing problems. In addition to microcephaly, other problems have been detected among fetuses and infants infected with Zika Virus before birth, such as eye defects, hearing loss, and impaired growth.

Now, there are a few ways Zika can be transmitted. First, and the most common, is through mosquitos. The best way to avoid getting bitten is wearing repellant and staying indoors and away from mosquito ridden areas. Zika can also be transmitted sexually but as of yet only male to male or male to female transmissions have occurred. If you are worried about becoming infected, abstain from any sexual relations or use protection when engaging in sexual relations. Condoms are not 100% effective, so it is good to be tested for Zika if you or your partner are looking to conceive. Last, if you are worried about being infected try not to travel to places currently infected with the virus, like South America.

There are 18 known cases of Zika in Virginia and 12 in Maryland, most of which caused by traveling to countries where the virus is prevalent. Curcio Law strongly urges everyone, especially those who are looking to become pregnant, to take care in the next few months. 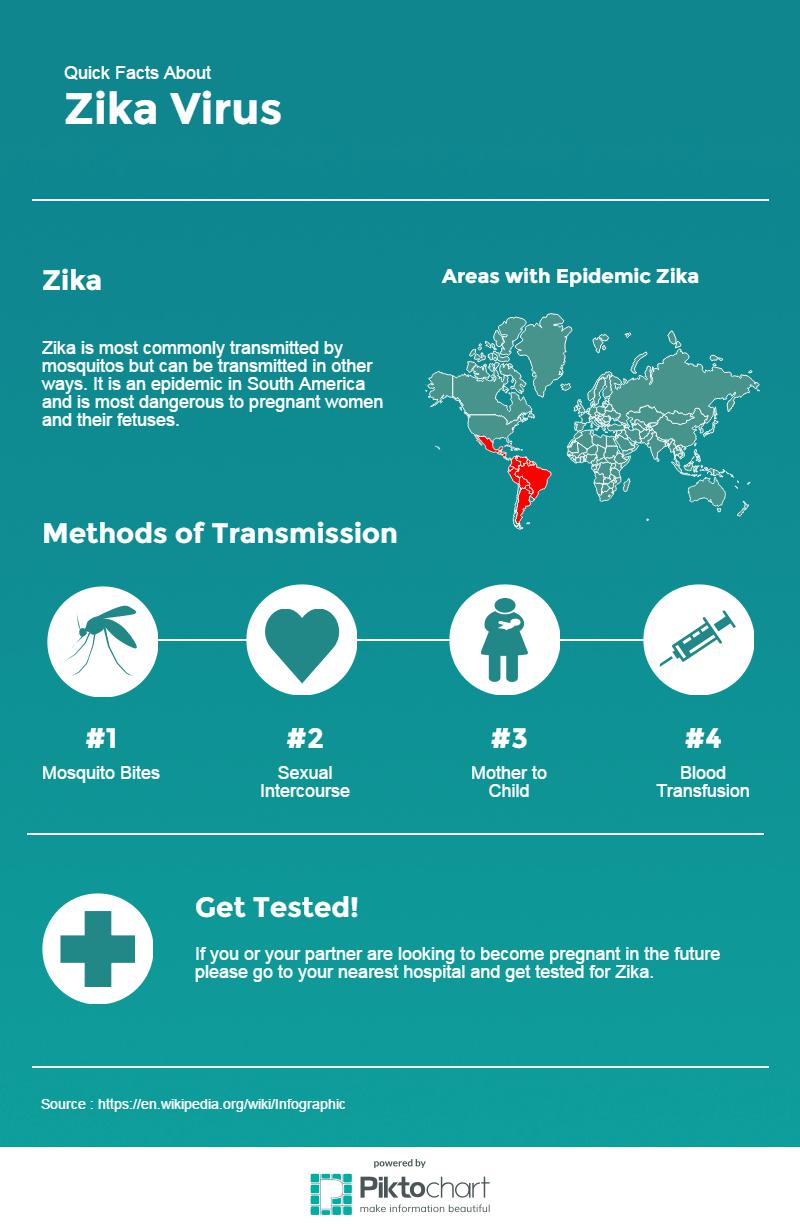