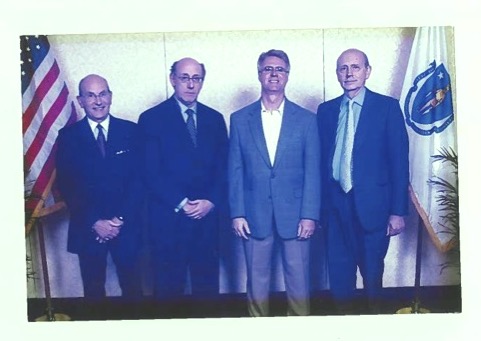 Occasionally during lunch at Curcio Law, we discuss interesting movies and TV shows that we have watched. This past week, Worth, a film on Netflix, garnered a unique conversation. The film details how and why the September 11th Victim Compensation Fund was created and mirrors much of what Tom experienced firsthand while offering pro bono legal advice to families of victims. 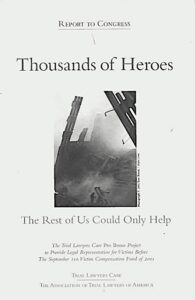 Through Tom’s involvement with the Virginia Trial Lawyers Association and the Association of Trial Lawyers of America, Tom participated in the “Trial Lawyers Care” program created to represent family members making claims against the Fund. Tom had the privilege of representing pro bono the families of five service members killed at the Pentagon through the program.

The film Worth follows Ken Feinberg and his role as the Special Master of the Fund, and paints the picture that Congress created this Fund to help stave off an economic collapse. Any beneficiary who made a claim through the Fund was barred from bringing a lawsuit against any airline for the tragic 9/11 events. Congress gave broad discretion to the Special Master to dictate how much each beneficiary would receive from the Fund.

The position of Special Master was extremely challenging as putting a number on how much a life is worth is not an envious position.

While many saw the Special Master position as a political nightmare, Mr. Feinberg chose to volunteer. Mr. Feinberg saw this Fund as a chance to give back to his country and to help families of the deceased heroes receive compensation for their loss. The movie does a good job detailing the difficulties of convincing beneficiaries to opt into the Fund and creating a formula that assigned fair awards for decedents ranging from CEOs within the World Trade Center to first responders to janitors in the buildings.

The acting in the movie, led by Michael Keaton as Ken Feinberg, is phenomenal, and overall, the film is very well done. However, there were a couple of things that we wish the movie expounded on.

First, the movie rightfully focused on how so many families felt like they were taking blood money from the government for the death of their beloved ones. And the film did not detail how opting into the Fund was the right decision for so many beneficiaries. Some of the beneficiaries that chose litigation instead are still in litigation today- over 20 years after 9/11.

Second, the movie did not detail the attorneys that represented the beneficiaries that opted into the Fund. That is where our conversation at lunch became unique as Tom shared his real-life experience representing beneficiaries making claims through the Fund.

Similar to those depicted in the movie, Tom attended a meeting held by Ken Feinberg with family members at an Arlington hotel in which Mr. Feinberg explained the program and fielded lots of questions and some criticisms concerning the initial valuations placed on the lost lives. To his immense credit, Mr. Feinberg listened and heard, and the valuations evolved and increased as the program developed.

In the initial meetings with the five families Tom represented, each of the families saw the clear benefit of opting to pursue a claim with the Fund, as liability did not have to be proved, the claim would be resolved in months rather than years, and there would be no attorney’s fees.

While it was Tom’s privilege to represent each of the families and help them gain some bit of closure, each case was challenging as the clients’ emotional loss was compounded by the tragic events of the day, which caused the loss of their loved ones.

As Tom looks back over his 37-year career to date, among his proudest moments include when he helped these wonderful families through a very dark time in our nation’s history.