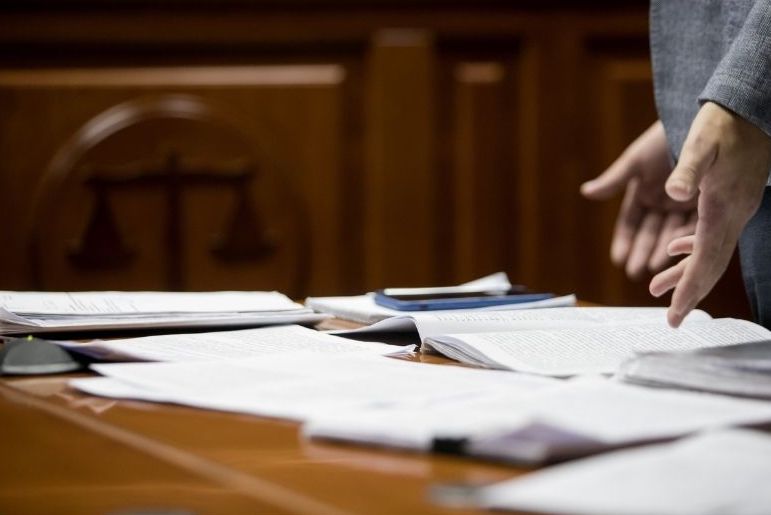 A case has matured for trial once all responsive pleadings have been filed in response to the lawsuit. Once a case is matured for trial, the parties, through their counsel, will request the Court to set the matter for trial. At that point, the Court will docket the trial for specific dates in the future and enter a pretrial scheduling order. The scheduling order instructs the parties on particular deadlines for the case, such as when discovery must be completed, when expert designations must be filed, and the deadline for submitting witness and exhibit lists. Virginia’s Uniform Pretrial Scheduling Order instructs counsel to exchange a list of exhibits and witnesses 15 days before trial.

Counsel must also file their exhibit and witness lists with the Court. The purpose of exhibit and witness lists are twofold. The first purpose is to ensure that neither party is surprised or prejudiced at trial by an unidentified witness or exhibit. When a party exchanges an exhibit list, they must provide copies of the exhibits to the opposing party if they have not previously supplied that exhibit in discovery.

The second purpose of exchanging witness and exhibit lists is to limit the issues at trial. Once the lists are exchanged, the opposing party must file any objections at least five days before trial. If an objection is filed to a specific witness or exhibit, the objecting party must state the legal reasons for the objection. If a party does not file an objection, the objection to that specific exhibit or witness will be deemed waived. This helps narrow the issues at trial as only the filed objections may be raised when a party introduces a certain exhibit into evidence or calls a specific witness to the stand.

As mentioned above, the witness and exhibit lists are critical as they represent the evidence that will go in front of a jury at trial. In personal injury cases, the plaintiff will list every witness needed to prove liability. This usually consists of eyewitnesses who saw the incident or police officers who responded to the scene. The next thing a plaintiff will want to ensure is that they have witnesses to prove their damages case. For damages, a plaintiff will first want to have an expert witness, such as their treating doctor, that can testify to the injuries suffered, the cause of those injures, the necessary medical treatment, the cost of the medical treatment, any future pain associated with the injuries, any future medical treatment, and the cost of future treatment. The plaintiff also needs witnesses who can testify to the plaintiff’s condition before and after the injury. These types of witnesses will usually consist of family members, coworkers, and friends of the plaintiff. Finally, a plaintiff will want to list themselves as a witness as this will allow the plaintiff the opportunity to explain to the jury of their peers their side of the story and explain how the injuries they sustained impact their life.

For exhibits, the plaintiff will want to list photographs that depict the scene of the incident to enable the jury to better understand what happened. In motor vehicle collisions, these exhibits consist of photographs of the intersection or roads where the collision occurred, along with any traffic signals or signs that were controlling the vehicles. In motor vehicle collision cases, photographs that show the property damage the vehicles sustained due to the collision are also key in helping the jury understand what happened and how the plaintiff was injured in the crash. In slip and fall and trip and fall cases, key exhibits include photographs of the obstacle or hazard that caused the plaintiff to fall. In all personal injury cases, photographs showing the plaintiff’s injuries and various stages of treatment and healing are key.

In addition to photos that help the jury visualize the incident and resulting injuries, the plaintiff will usually list their medical bills as exhibits. The medical expenses incurred are an element of damages that the plaintiff is entitled to recover. Requests for admission are a valuable tool to narrow down any potential issues with medical bills being admitted into evidence at trial.