Preparing for Trial: The Power of Medical Illustrations in a Personal Injury Case 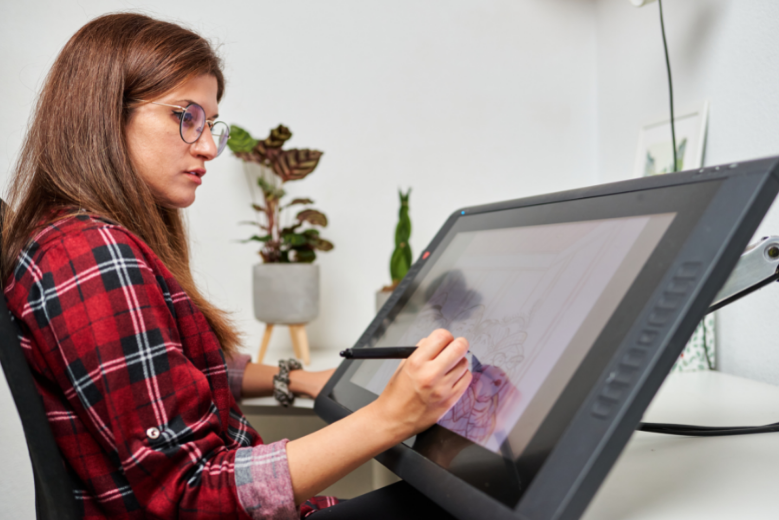 When a medical expert explains how a person was injured, many medical terms are used, and the average juror is unfamiliar with most medical diagnoses, procedures, and human anatomy. Medical illustrations are a beneficial tool for educating a jury and showing them the significance of the injuries claimed.

For example, if an orthopedic surgeon explains to a jury that a car accident caused a C5-6 disc herniation causing compression on the spinal cord, jurors will take that information in, but it is unlikely that they will retain it completely. Furthermore, it is very unlikely that a jury would truly understand and appreciate the significance of the injury. The medical illustration below does a better job of demonstrating the injury than any description could: 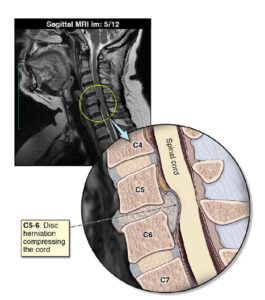 With one illustration and an x-ray, a medical expert can point out and physically show the jury what injuries a party suffered during a car accident. Research has demonstrated that humans are visual learners and can retain more information for a more extended period with visual aids.

Medical illustrations can also take it a step further by showing a jury the medical procedure performed on an injured party. For the car crash victim’s injury described in the example above, an orthopedic surgeon had to perform a discectomy at the C5-6 vertebrae. The series of illustrations below explain that the surgeon starts by making an incision in the patient’s neck to access the cervical spine, then remove the disc between the two vertebrae, placing an implant in the space, and securing it with a metal plate, and four screws.

A jury could understand and retain some of this information. Still, it is significantly more likely that a jury would have a better appreciation for this procedure with the help of the medical illustration. 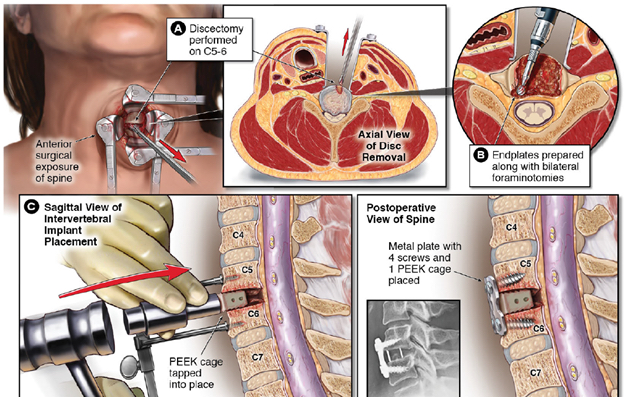 This medical illustration is so powerful that an average person can look at it and understand what was performed without any narrative. Combine this with a medical expert explaining what this procedure is and why it was performed, and you will leave the jury with a complete understanding of your client’s injury and procedure.

How to obtain medical illustrations